While BEP is settled on Elbow Cay, we could not ignore its Lightshouse : “The Most Recognized Landmark in Abaco and the Last Light of its Kind in The World »!

Without any maintenance, the Lighthouse began to fall into ruin, invaded by rust. In 2016, campaign for its restoration has been launched : The “Diamonds Are Forever” Campaign. To help to finalize the project as quick as possible, BEP Foundation made a reasonable donation while wanting to contribute annually to the Lighthouse Maintenance for the next few years. The second campaign is starting to have the Lighthouse totally repainted.

BEP Foundation is proud to participate in various projects for the restoration and maintenance of one of the oldest Lighthouse in the world, which is undeniably part of the environment of the Abaco, Bahamas. 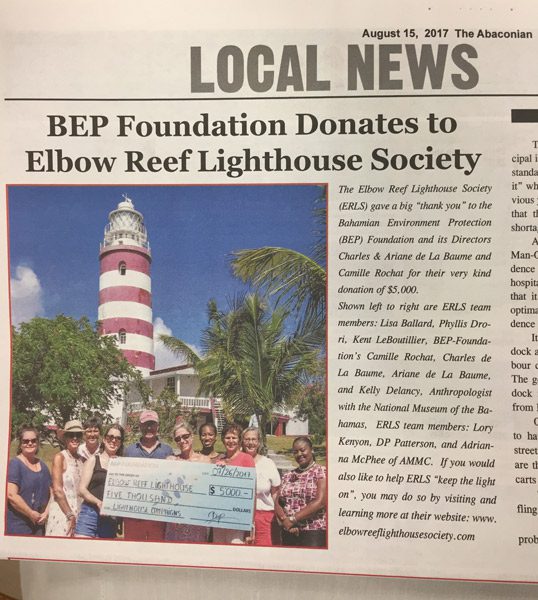