Two years ago, a False Killer Whale was reported to have stranded on Duck Cay, off Cherokee Sound. BMMRO were quickly on the scene, and hoping to undertake the usual procedure of a necropsy, in which post-mortem samples are taken for analysis. However the poor creature was in an advancing state of decomposition, so only skin samples and photographs could be taken. 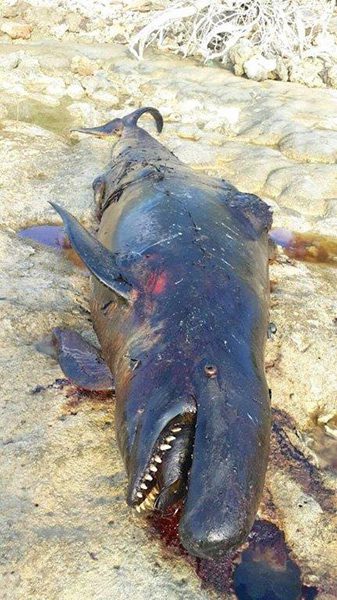 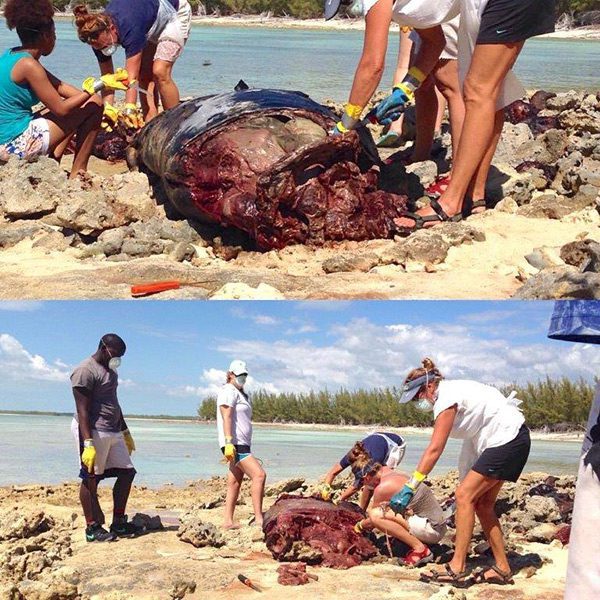 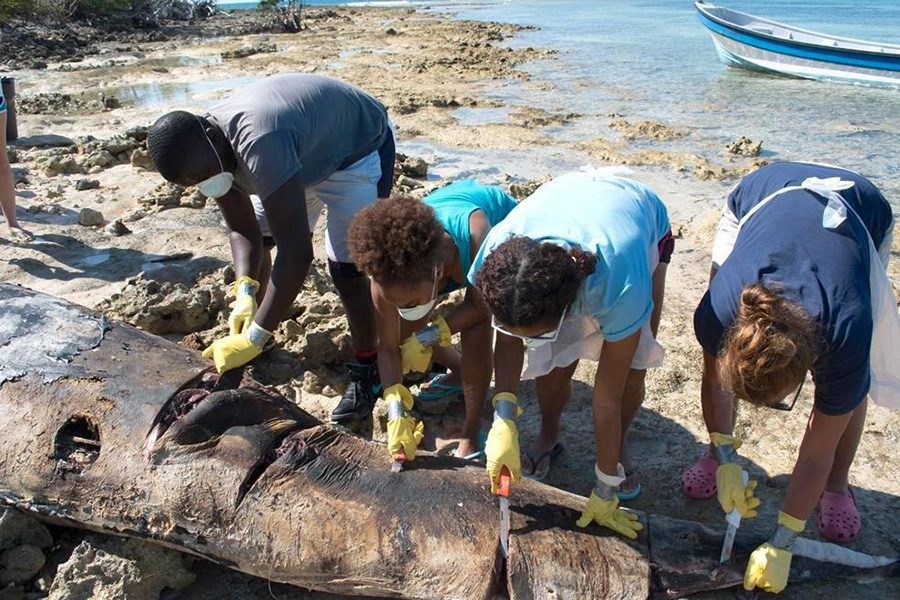 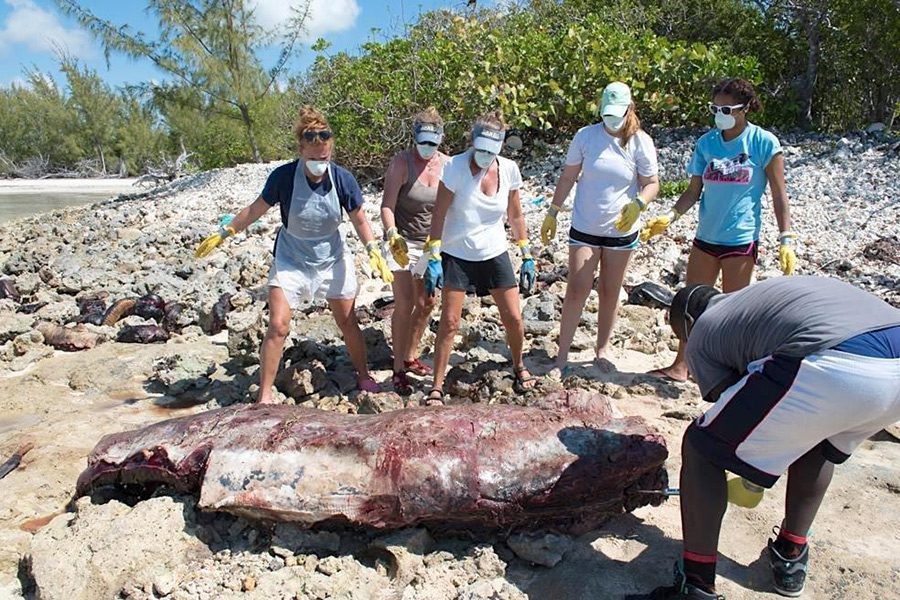 Telescoping the intervening months for the sake of brevity, the decision was made to cut up the carcass (note the face-masks) and bury it where it was, so that its integrity would be preserved for later retrieval, cleaning, reconstruction (‘re-articulation’) and exhibition for educational purposes.

In December, the remains were exhumed for the next phase of the animal’s decomposition – submersion in cages in the mangroves – before the final cleaning of the bones in readiness for its re-articulation and display. 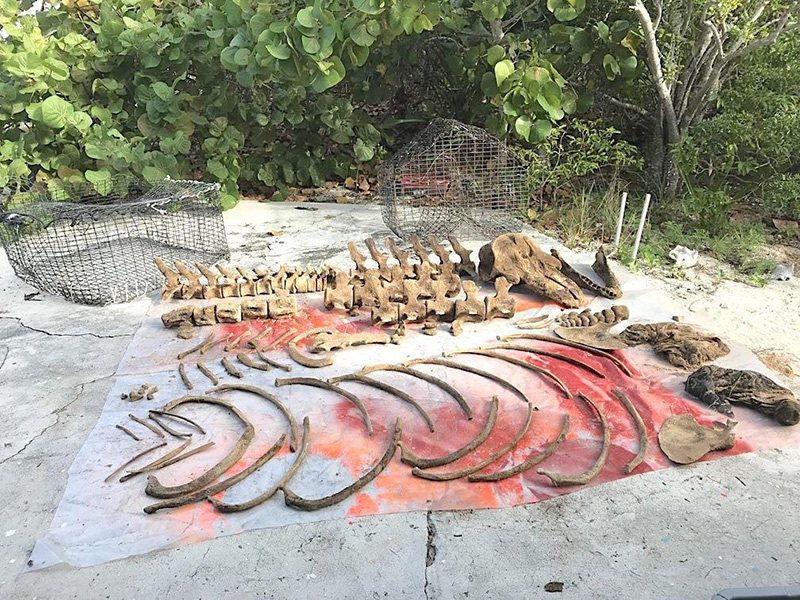 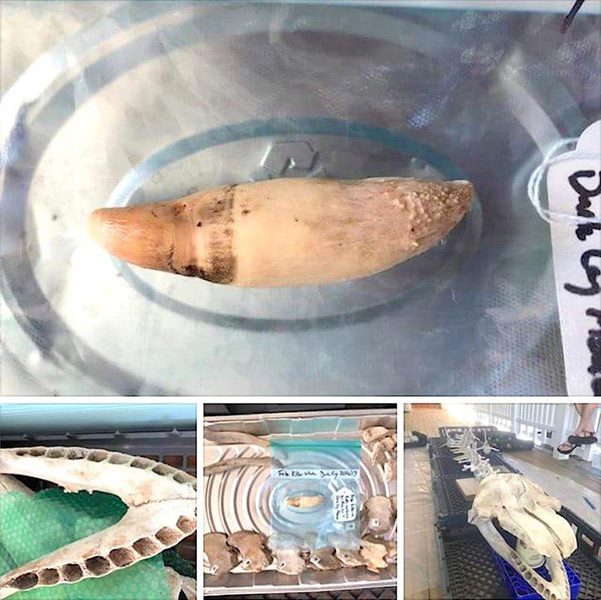 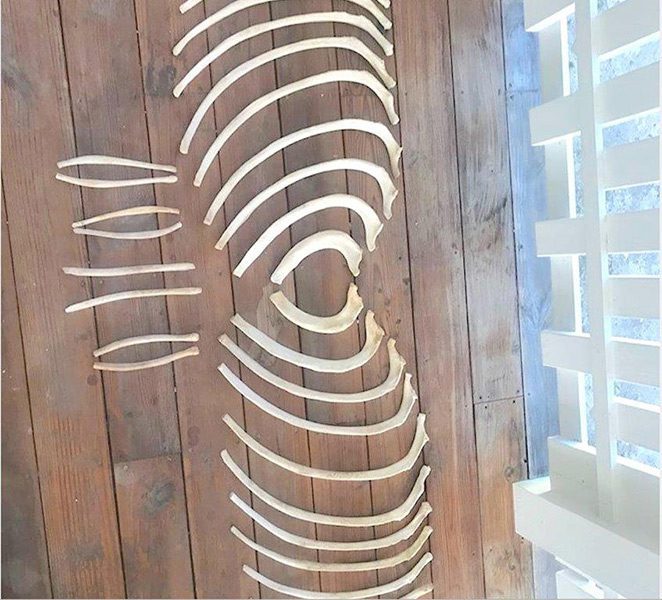 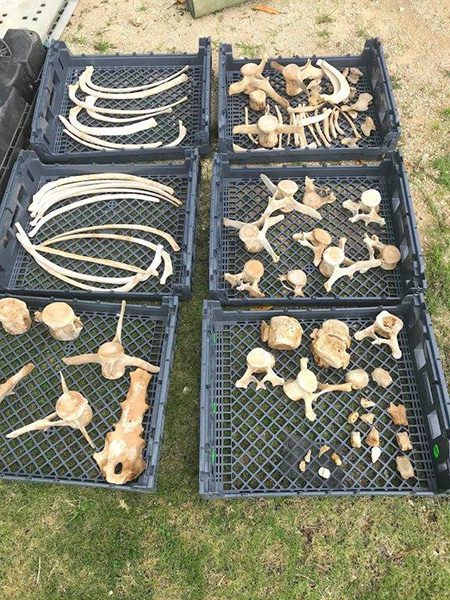 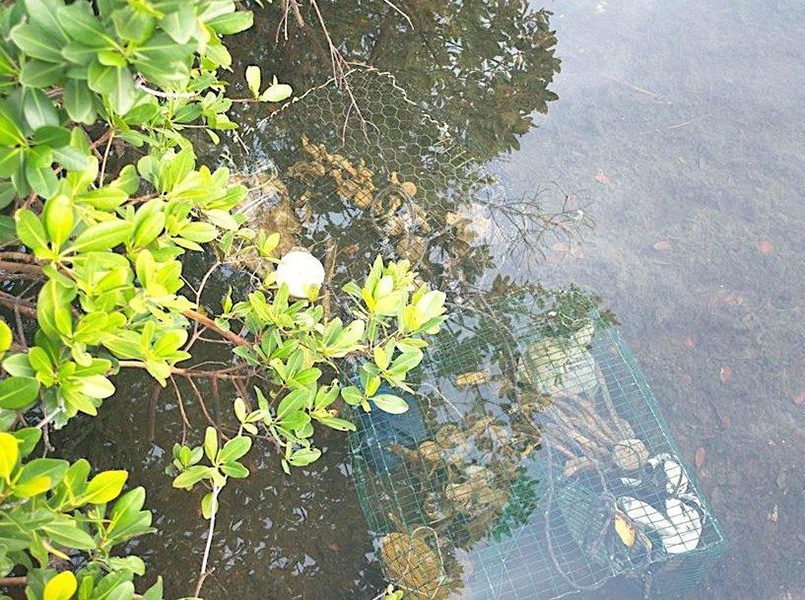 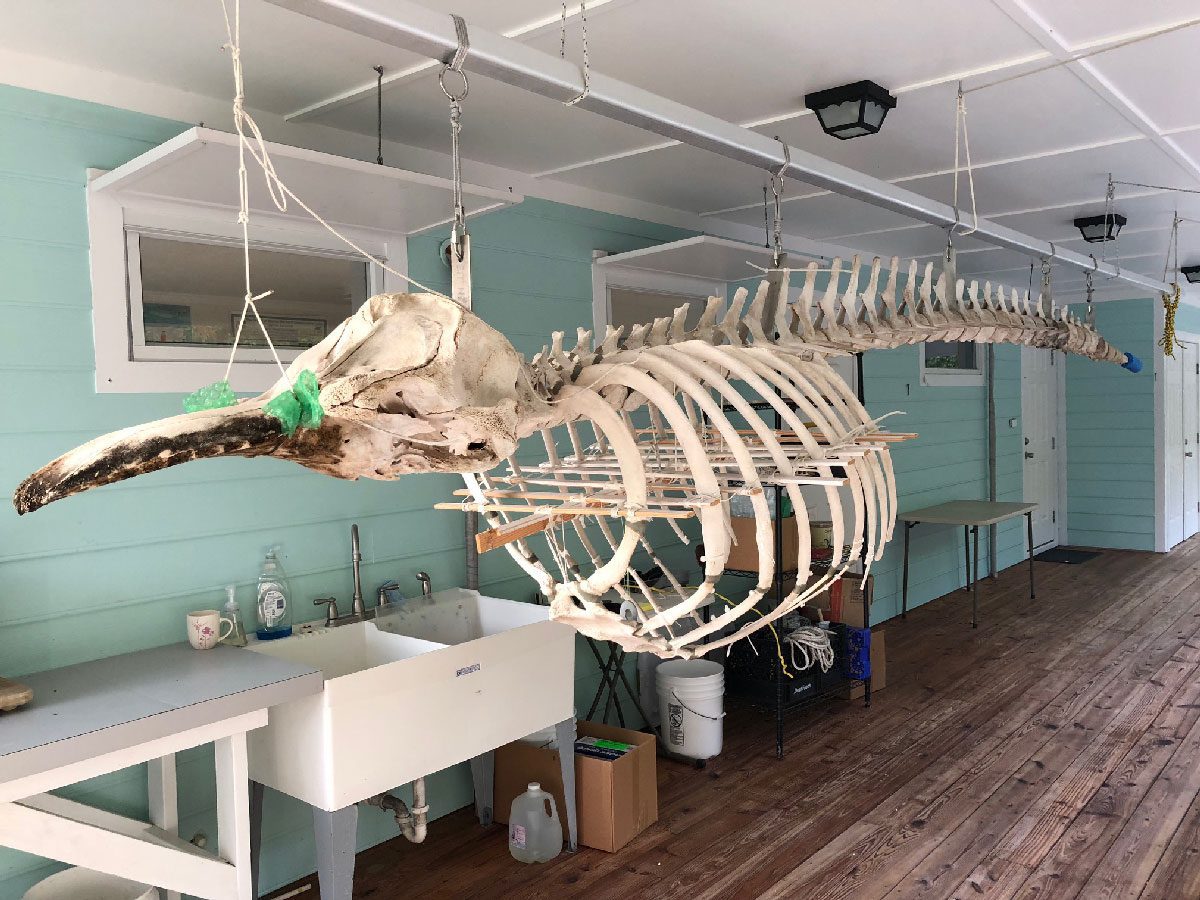 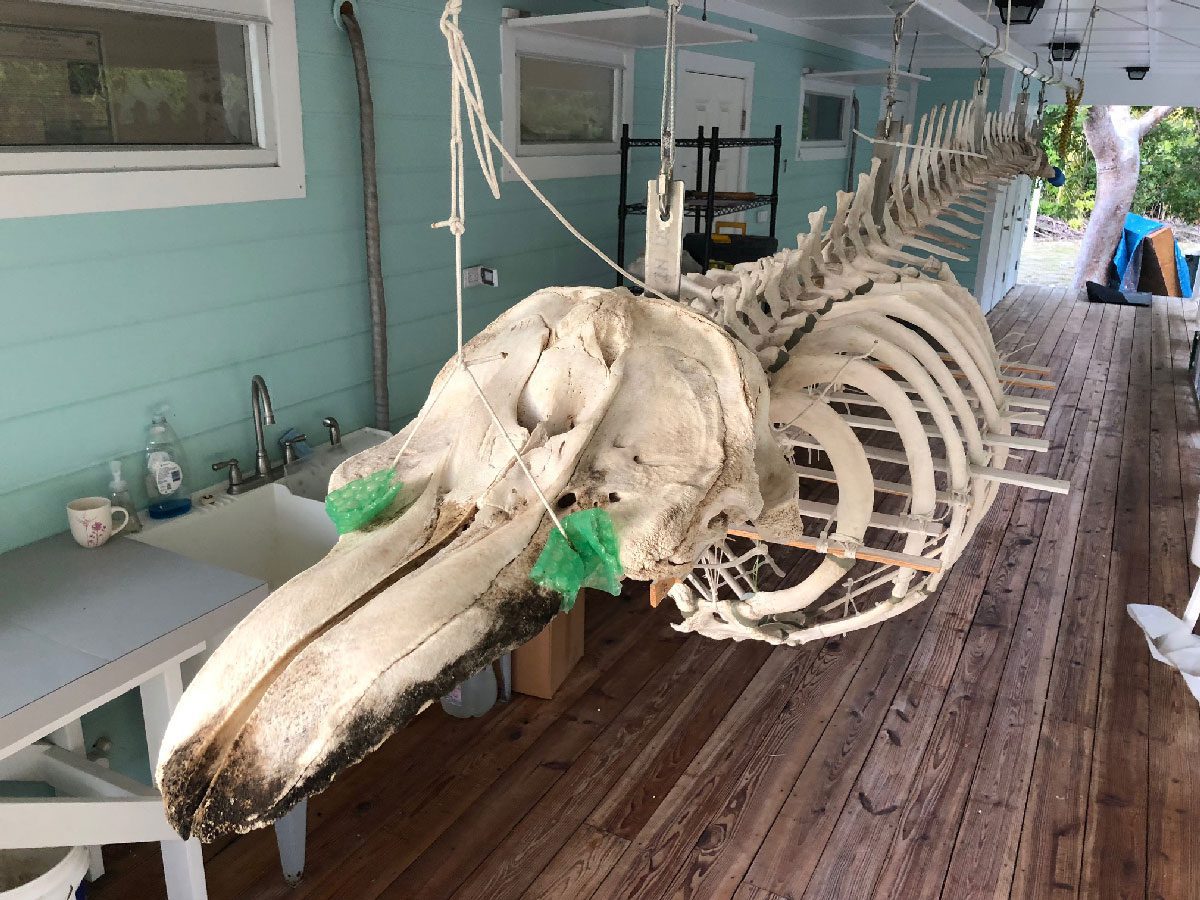 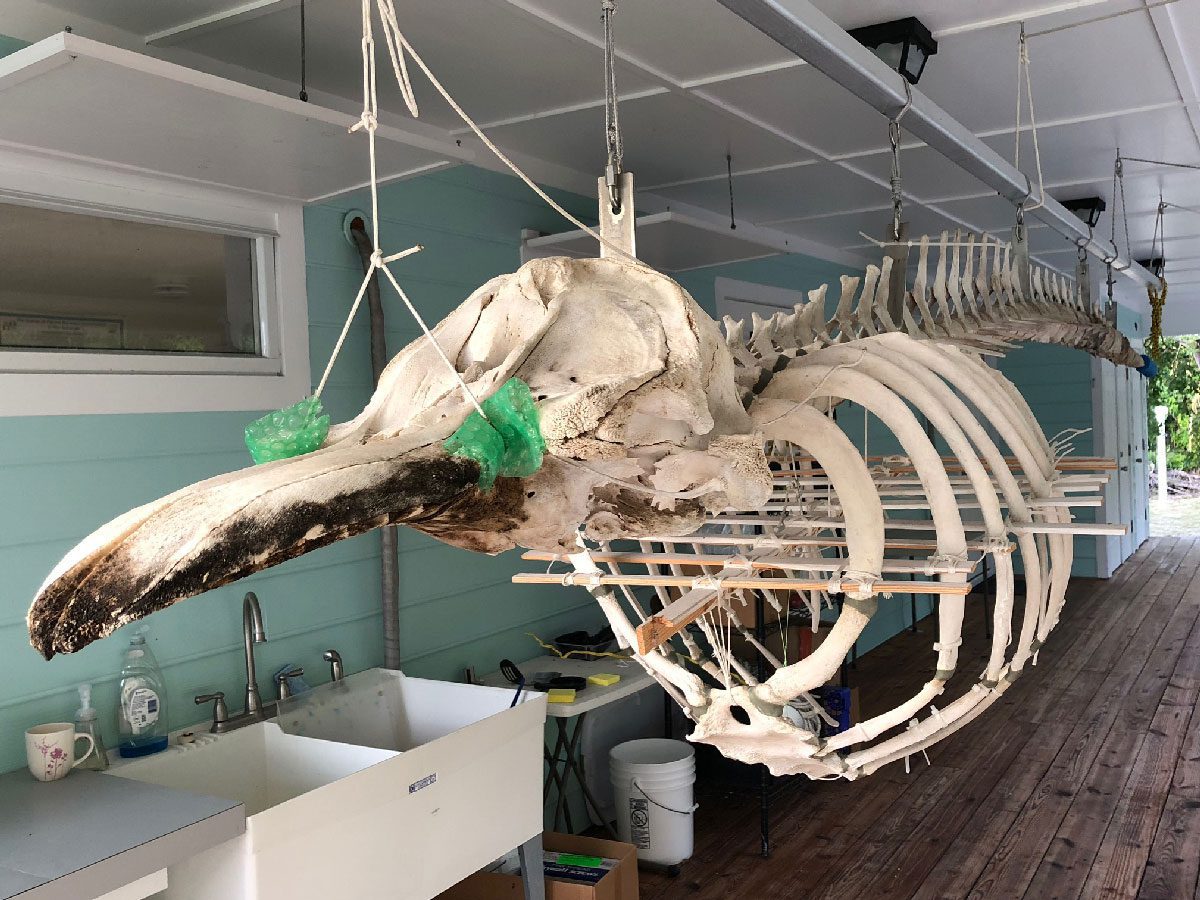 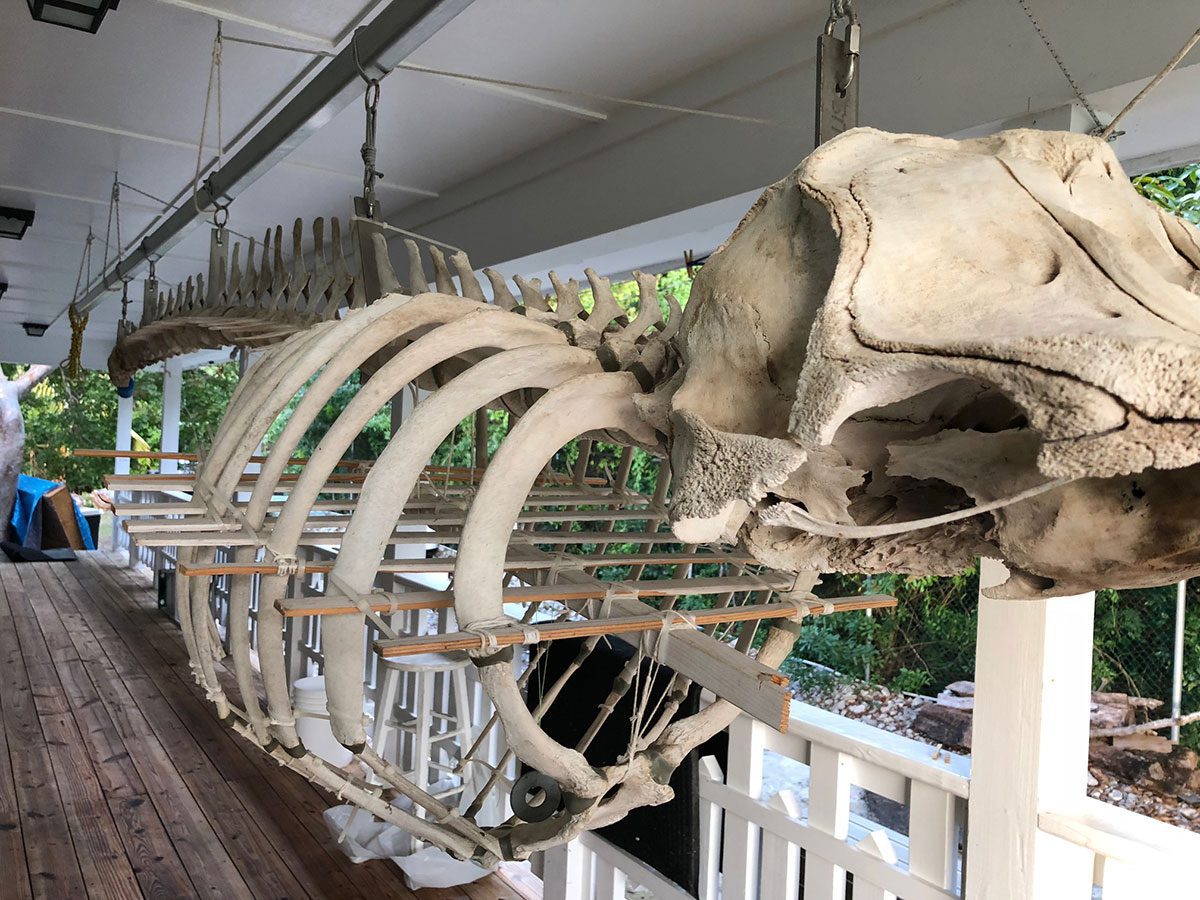 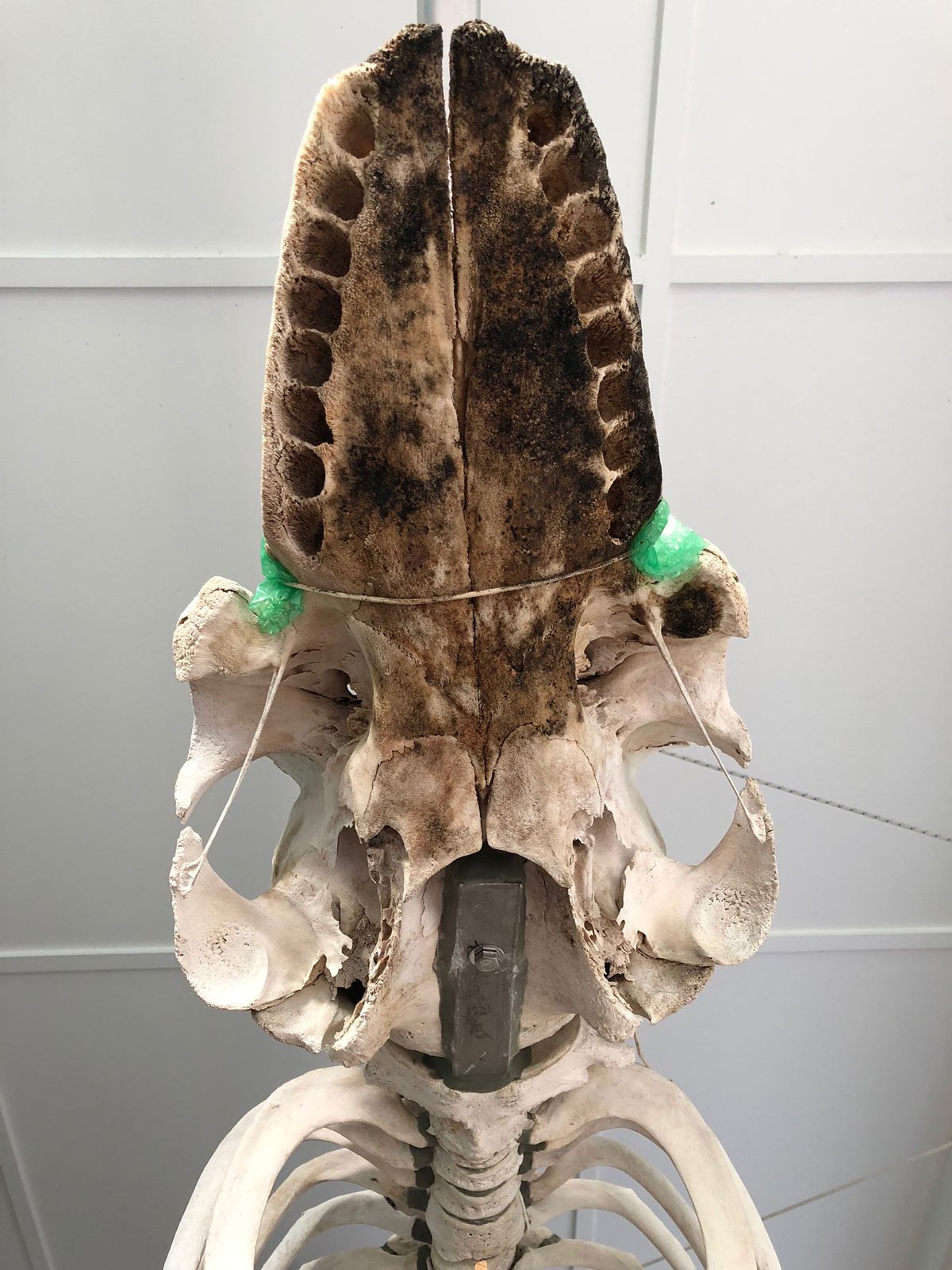 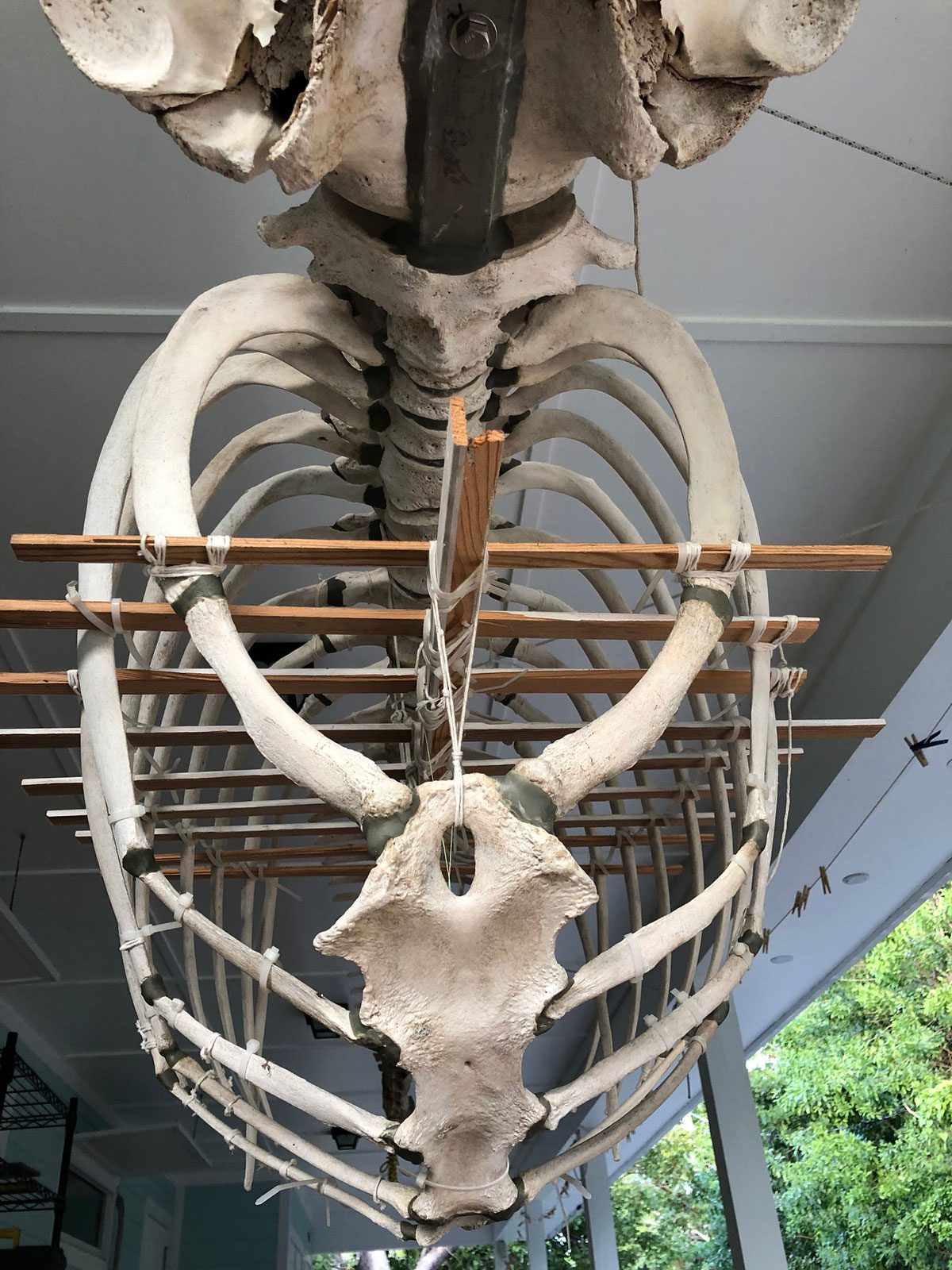 Cleaning the bones has been a meticulous process, leaving the resulting skeleton ready to reconstruct at Friends of the Environment’s Kenyon Research Centre in Marsh Harbour. Adult FKWs can grow up to 6 metres long, so there are a great many bones from large to very small to place correctly – and plenty of teeth (see picture). The re-articulation is nearly finished, and it is hoped that the completed skeleton will be on display in the very near future.

BEP Foundation has been honored and pleased to be part of the project as the main sponsor to this ambitious educational years-long project together with BMMRO, FOTE, interns and volunteers.

An affectionate name has been chosen for the skeleton : « Ducky » ! Please come and see it at the Kenyon Center at Marsh Harbour, it is stunning 🙂